Cancer Prevention with Diet and Lifestyle 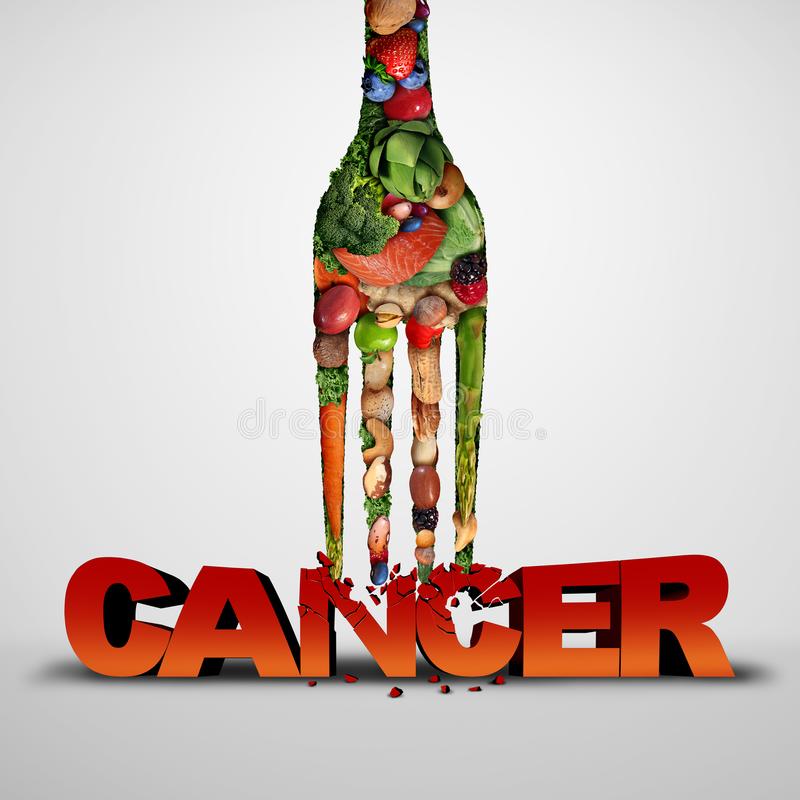 Would you like to live long, disease free life? Investing in your health now gives you a better hope for your health tomorrow. Cardiovascular diseases are the leading cause of death worldwide. The second leading health concern is cancer. Fortunately, both are preventable with diet and lifestyle.

Interesting fact: In Chinese medicine, if you get sick, it is time to fire your doctor as they let you get sick.

Most of the general public recognized the dangers associated with tobacco use, but few appreciate the role of food, lifestyle and physical activity in cancer prevention and survivorship.

Physicians obtain little to no education on the role of nutrition, which leads to the trend of holistic, integrative practitioners who focus large portion of their consultation on nutrition, lifestyle and stress management. More and more patients are looking for nutrition practitioners to avoid the harsh side effect of medications that conventional medicine offers.

The American Cancer Society, and the American Research (AICR) Institute published updated guidelines on reduction of cancer risk and survivorship of patients who are diagnosed with cancer.

AICR estimated that 105,000 preventable deaths are expected each year due to obesity. In particular, 7 types of cancers are associated with obesity: postmenopausal breast, esophageal, pancreatic, gallbladder, endometrial and kidney. Obesity is associated with the major risk factor for development of cancer, according to AICR via a number of mechanisms.

Mechanisms related to of cancer development

Obesity is known to cause insulin resistance, elevated insulin-like growth factor and other growth factors that foster malignant transformation and proliferation. It appears that BMI > 30 is associated with increased risk for cancer development. [2]

Finally, fat produces estrogen, which is especially relevant in the increased risk of post-menopausal women for estrogen-receptor positive breast cancer and endometrial carcinoma.

o       Limit the consumption of simple sugars both food and beverages

o       Nuts, seeds and plant-based oils should be included daily

o       Have low mercury fish once or twice per week

o       Plant- based foods with high emphasis on carotenoid rich foods for the prevention of breast cancer with estrogen receptor negative cancers.[3]

A recent study demonstrated that patient who have the generic predisposing for developing cancer can modify their risk depending on what they eat. [4]

Epidemiologic data suggests that omega-3 fatty acids can be protective against the development of number of malignancies. Many integrative oncologists recommend fish oil supplements and this may be quite beneficial for cancer survivors and people who are fearing cancer diagnosis due to genetic predisposition.

Fish oil reduces inflammation through changes in membrane fluidity, cell signaling and production of anti-inflammatory eicosanoids [5]. These effects may retard cancer progression. Fish oil may increase apoptosis ( cancer cell death ) by suppressing NF-kappa B [5]. Studies had suggested that low dietary fat and a decreased ratio of omega-6 to omega-3 fatty acids might lower risk and slow progression of prostate cancer.

In non-randomized trial of fish oil supplements in lung cancer patients receiving chemotherapy, participants had higher rate of response to therapy and had longer survival with no toxicity. Omega-3 is safe, however, there is concern of bleeding with dosed higher than 4,000 milligrams per day. In addition, the source of the supplements has to be from a reputable, high quality manufacturer, free of contaminants such as mercury and be third party tested and approved.

Early observations that connected cancer risk and vitamin D showed that cancer rates were much lower in southwestern US compared to northwestern US. Subsequent studies have supported these findings in breast cancer and colorectal cancer populations and possibly in other cancer types.

A piling amount of evidence also suggests that low level of vitamin D are associated with poorer prognosis in patient with variety of malignancies. Supplementation is safe and effective in rising serum levels. An ideal range of blood vitamin D levels are 40 to 80 ng/ml. Generally patient require between 1 000 to 2000 international units for prevention of deficiency, this dose is appropriate for majority of patients. Vitamin D along with vitamin K has the most bone health protective effect.

Curcumin is the major component of the Indian spice turmeric which has potent anti-inflammatory properties. Epidemiologic evidence suggests that cancers incidence is much lower in people who consume curcumin daily relative to those who don’t. In vitro and in vivo studies show that curcumin has strong antioxidant, antibiotic and anti-inflammatory properties. It can inhibit tumor initiation, promotion, and metastasis. It has chemo-preventive effect for some tumors such as colorectal and pancreatic. Although studies do not have a clear dosage, up to 12 gm have been used in clinical trials with no major side effects. Curcumin has poor bioavailability, it is not completely absorbed and that is the reason why it can be protective against colorectal cancer. It is often suggested that black pepper is used along with curcumin to enhance absorption and utilization. Consumption of curcumin with fatty oils such as olive oil and fish will also increase absorption. There is a suggestion that turmeric could reduce the toxicity of number chemotherapeutic drugs.

The quality of your curcumin makes a big difference in terms of its efficacy.

Basidiomycetes mushrooms contain active polysaccharides in their fruit bodies culture mycelia. Mushrooms polysaccharides exert their anti-cancer activity by activating the host immune system. The mushroom B-glucan, resembling bacterial cell, complex with complement on macrophages and activate an immune response leading to lease of various cytokines that are activating are active in tumor inhibition.  Some of the immune enhancing and possibly anti-cancer properties are Grifola frondosa ( maitake ), Lentinus edodoes (shitake )and Flammulina velutipes ( enotake ). Other varieties that may have potential Ganoderma Icidum ( resihe ) and Trametes or Coriolus ( turkey trail ) can be consumed as an infusion but more often and take in capsules or extract. The common Agaricus bisporus ( white buttom ) have carcinogenic properties when consumed raw. However, recent review publishes in Dietitian’s Today reported that from the 16 supplements that were tested only a few contained trace of the active ingredients listed on the label. Thus the use of medicinal mushrooms in the form of a supplements is not reliable to provide any health benefits. [6]

Green tea has epigallocatechin gallate (EGCG). In laboratory tests, EGSG is a catechin polyphenol, which shows more potent antioxidant content than vitamin C and E. Cell and animal studies show that tea has polyphenols may directly inhibit development of various types of cancers. The epigenetic effect of tea polyphenols, have been found to stimulate enzymes that deactivate carcinogens, decrease tumor growth, increase apoptosis ( caner cell death ), and retain the ability to cancer cells to spread. The amount used in in some labs studies is much higher than the usual tea consumption. However, the intake of green tea EGCG in a supplement form is not recommended due to its possible toxicity to the liver. Drink 2 to 3 cups of freshly brewed green tea per day to get a safe yet protective effect.

Physical activity is the key component of the integrative approach. Active lifestyle prevents from all cancer types but is especially protective against breast cancer, cancer of the colon, and endometrial cancer.

AICR/WCRF recommends 60 min or more of moderate or 30 min of vigorous physical activity most days of the week. Increasing evidence shows that three to six hours of vigorous physical activity per week may prolong survival. Exercise is known to reduce fatigue and depression by the release of endorphins and may improve sleep. Some type of exercise such as yoga have significant mind-body component that also serves as a stress relieve and have benefit beyond the work out itself.

Mechanisms via which physical activity is protective include:

•        Decrease in weight gain and healthy level of body fat