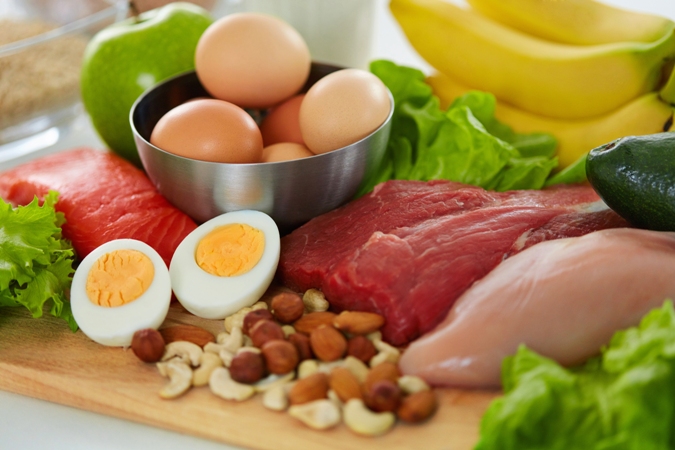 Decline in Kidney Function and Increase in Risk for Kidney Stones

High protein intake is associated with increased nitrogenous waste which introduces the risk for decline in kidney function. (1) In addition, the high intake of animal protein / meat and fish leads to increased urinary calcium and uric acid excretion and acidifying urine, which is an environment predisposing you for kidney stone production. (2)

According to a study presented at the American College of Cardiology’s 68th Annual Scientific Session, people getting a low proportion of their daily calories from carbohydrates such as grains, fruits and starchy vegetables are significantly more likely to develop atrial fibrillation (A.Fib), the most common heart rhythm disorder. The study, analyzed the health records of nearly 14,000 people spanning more than two decades, is the first and largest to assess the relationship between carbohydrate intake and AFib.  AFib, is a type of arrhythmia, the heart doesn’t always beat or keep a pace the way it should, which can lead to palpitations, dizziness and fatigue. People with AFib are five times more likely to have a stroke than people without the condition. It can also lead to heart failure. (3)

A prospective pilot study on ketogenic diets reported a substantial and progressive increase in the cholesterol levels in patients after 1 year. Mosek and his colleagues analyzed long term effect of keto diet on lipid panel: prospective pilot study(4) In a 6-month study of adults on low-carbohydrate ketogenic diets, one adverse effect was an increase in low-density lipoprotein (LDL) cholesterol levels. The elevation of lipid panel comes with an increased risk for arteriosclerosis, heart disease and stroke. Your doctor might recommend medications with levels of total cholesterol above normal.

A position pager from the International Society of Sports of Sports Nutrition notes that the diets low in carbohydrate promote ergolyctic effect or reduction in athletic performance in both high and moderate intensity work outs. (5) For non-athletes, ketosis may also undermine exercise efforts; at two weeks participants on the keto diet were complaining from fatigue and mood disturbances during work outs.(6) In addition, studies associate the low carb diet with decrease or loss of muscle mass with weight bearing exercise. With strength training, your goal is increase in muscle mass and that is what you will achieve unless you are on the ketogic diet (7)

Sadly, among the side effect of the keto diet is decrease of bone density and overall bone loss (8) . Ketogeinc diet are known to promote bone loss and measured in the spine due to the acidotic state due to the increased levels of ketone bodies, which are acidic in nature leading to demineralization of bone. (9)

Numerous studies have shown that it is mostly the overall inflammation (measured by simple blood test such as C-reactive protein) that is responsible for the initiation of internal processes leading to arteriosclerosis and other chronic diseases.   A study from the American Society of Nutrition and Dietetics founds that carb- restricted diets lead to worsening endothelial function. Blood flow to the heart was also measured and resulted in reduced heart perfusion on a carb-restricted diet compared to usual carbohydrate intake 40 to 60 % of total caloric needs. These outcomes are suggesting that heart disease risk is highly increased for those adhering to the low carb diets. (10)