Can Blood Pressure Be Controlled with Diet ?

Home » Disease Prevention with Diet and Nutrition » Can Blood Pressure Be Controlled with Diet ? 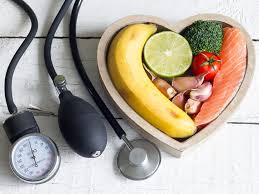 Elevated blood pressure (BP) can be a silent killer to about nine million people worldwide, it is the main contributor to heart attack, heart failure, kidney failure, aneurism and stroke.  As blood pressure in the western world becomes more and more common, clients and friends are asking me “Can I control my blood pressure with diet and lifestyle changes? “- the answer is YES.  Do populations in rural China and parts of Africa where the plant-based diet is the norm suffer from hypertension? No, they don’t. Physicians who volunteered at the program Doctors Without Borders in places such as Kenia, and rural Africa report 0 cased of hypertension for the 12 months they spent practicing medicine in at these places (1)

Looking at the World Health Organization hypertension prevalence map, you may notice that certain areas of the world have higher occurrence of elevated blood pressure whereas among other areas this condition is nonexistent. It must be the diet and the lifestyle that plays the major role.

Your doctor may say, “it is the age, BP goes up with age “But does it really? Populations living in areas such the blue zones of the world, such as ( The Italian island of Sardinia, Okinawa, Japan, Costa Rica’s isolated Nicoya Peninsula, Loma Linda, California, Ikaria, an isolated Greek island) (2) don’t suffer from high blood pressure at all. The average lifespan in these areas is 90 or 100 year,  free of any chronic diseases with average BP at 110/70 their entire lives.

But what if you already have hypertension? What can we do? Here are some scientifically proven diet and lifestyle changes that will help you get your BP under control:

There is piling amount of scientific evidence showing that diet low in sodium/salt can prevent the rise in blood pressure as we age. (3) (4). On average Americans consume more than 3,400 mg of salt per day, American Heart Association recommends less than 2,300 mg per day which is about 1 teaspoon per day. They had to make the recommendations somewhat achievable compared to the high average intake. In the same time American Heart Association also emphasized that cutting back to 1, 000 to 1, 500 mg per day is best. Ideally 1,000 mg per day is the goal to prevent heart attack and stroke, this amount is what our ancestors consumed as well and anthropologic date does not report hypertension being an issue about 1000 years ago when salt was not used as a preservative (5)

Daily consumption of 30 gm equivalent to 2 tablespoons of milled flexseed leads to blood pressure reduction according to a study presented by the American Heart Association’s scientific session in 2012. The beneficial effects are attributed to the anti-inflammatory omega-3 fatty acids in flexseed and the fiber content. There were 110 study participants and with high blood pressure and peripheral arterial disease who experienced significant reduction in blood pressure compared to placebo. These results were confirmed by 11 other studies (6)

Hibiscus tea was compared with 280 other high antioxidant beverages and came out as the winner, beating even green tea in its antioxidant action. In a double-blind placebo-controlled trail from Tufts University, tea was artificially colored and flavored to mimic actual tea and given to the one group and hibiscus tea to the other. The study concluded that three cups of hibiscus tea per day significantly decreased blood pressure (8). Be aware though, that hibiscus tea comes with manganese which is considered a liver contaminant in high doses, so limit your intake to no more than 1 L per day.

Three portions of whole grains per day can help with lowering blood pressure comparable with some medications. According to a study by Tighe P, Vaughan N et al, whole grains are associated with lowering the risk of type 2 diabetes, coronary artery disease, weight gain, and colon cancer. Best are oats, whole wheat, barley, brawn rice. However, consumption of refined grains such as white rice is associated with increased risk of type 2 diabetes and weight gain. In studies measuring the narrowest artery in the body, these in the heart and these leading to the brain, researcher found that those who ate the most whole grains had the least narrowing of their arteries (8,9)

Blood pressure is caused by inflammatory processes leading to hardening of the blood vessel walls. Regular consumption of high antioxidant foods and beverages can improve the health of our blood vessels and lead to reduction normalization of the BP. Number of studies have shown that diet poor in anioxidents leads to hypertension and its consequences, heart disease, stroke and other avoidable chronic conditions. (10)

Intake of long-chain polyunsaturated omega-3 fatty acids such as docosahexaenoic acid (DHA), found abundantly in oily fish have multiple health benefits including protecting the immune, nervous and cardiovascular systems. In addition, it has been demonstrated that DHA provides vasodilatory influence to the vascular smooth muscle which lowers blood pressure. (9) However, regular consumption of fish may raise the concerns of heavy metal accumulation of mercury and other pollutants such as dioxins and chlorinated pesticides. Same contaminants can be in you fish oil supplement if not tested for purity and approved by thirty party.

One thought on “Can Blood Pressure Be Controlled with Diet ?”