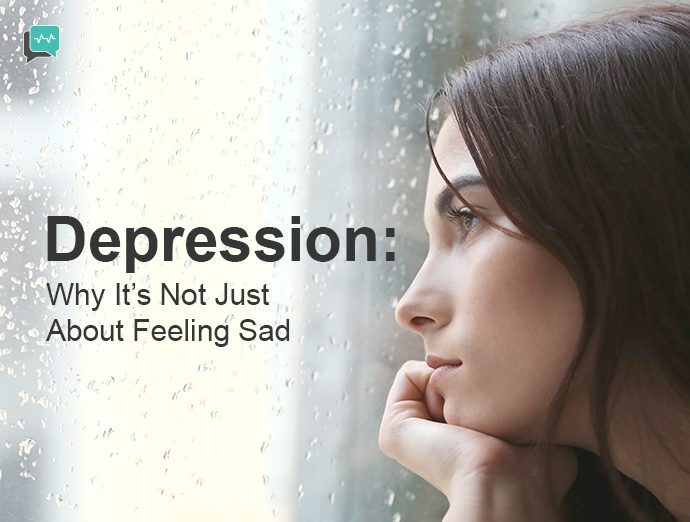 Back in 1946 the world health organization defined the state of health as “a state of complete physical, mental and social well-being and not merely the absence of disease”. You can be in a perfect physical shape, ideal weight and absence of disease but that not necessarily means that they are healthy. Mental health can be just as important as physical health and eventually mental health will affect your physical health. [1]

In the recent years, the field of “positive phycology “has emerged, focusing on optimal mental and physical health. There is growing amount of evidence showing that positive physiology leads reduced risk of physical illness. Prospective studies have determined that people who started out happier do indeed end up healthier. In addition, those who are happier do live longer.[2]

One of the contributing factors for the increased rates of depression however, can be the decline in intake of nutrient dense food such as fruits and vegetables and increase of processed, high calorie but low in nutritional value foods. It makes sense that the deprived of good quality nutrition brain suffers, high rate of free radicals causing inflammation and tissue injury of your brain neurons. [3]

The literature on that topic is quite clear, bad food leads to bad mood. A systemic review and meta-analysis concluded that healthy dietary indices are associated with much lower rate of depression. [4]A lower dietary inflammatory index was associated with lower depression incidence in four longitudinal studies.

Foods that cause depression:

The pro-inflammatory effect of saturated and trans fats to our body is well studied. But how does that overall inflammation effect the brain. Researches suggest that arachidonic acid, found in animal food products, inversely impact metal health via a cascade of neuro – inflammation. Foods rich on arachidonic acid include: eggs, chicken, pork, beef and fish, omnivores appear to consume nine times the arachidonic acid that plant-based diets.

In a prospective cohort study / The SUN Project, participants are followed over time (6.1 years total ) of 12,059 Spanish university graduates, researchers found a detrimental relationship between unhealthy fats such as trans and saturated fats and development of new depression. [5] These findings suggest that cardiovascular disease and depression may share some common nutritional determinants related to subtypes of fat intake.

Americans consume large amounts of sugars, the astonishing 134 pounds of sugar is consumed by the average American. The result of this is a chronic, low-grade inflammation which is a key contributor to cardiovascular disease [6], development of diabetes [7.8], dementia [9], and depression [10]. Also, low-grade inflammation is related to a higher risk of all-cause mortality in old age [6]

But sugars does more than increasing brain inflammation, it derails hormones due to blood sugar spikes and sudden drops, also the sticky blood sugars in access damages important structures such as neuron cell membranes and blood vessels. Many of these treats, such as doughnuts, cookies, candies, white bread, rice and pasta should be substituted with whole grains, fruits and veggies.

Alcohol consumption alters the brain’s neurotransmitters, mainly seratonin and dopami . Chemicals such as serotonin and dopamine will fluctuate rapidly with alcohol consumption. Serotonin helps balance a person’s mood, whereas dopamine controls the brain’s reward system. Unusually high or low levels of these chemicals can trigger symptoms of depression, among other health problems.[12]

Stay Tuned Next Will Cover: What to food help with mood and decrease risk for depression: DON’T Forget to subscribe to receive all latest news.